Whether you’ve accidentally filled up with the wrong fuel, put petrol in your diesel car or left your car sitting for a few years, Fuel Swap offer completely mobile fuel draining and disposal services.

When your car doesn’t have a fuel tank drain plug, or you’re nowhere near home, or broken down or don’t have the technical know-how, give us a call today. We’re Perth’s leading mobile fuel drain service offering the best service, competitive rates and a track record of happy customers (over 60+ 5/5 star reviews on Google and Facebook!).

If you’re stuck, find out why everyone trusts Fuel Swap for their fuel draining services. 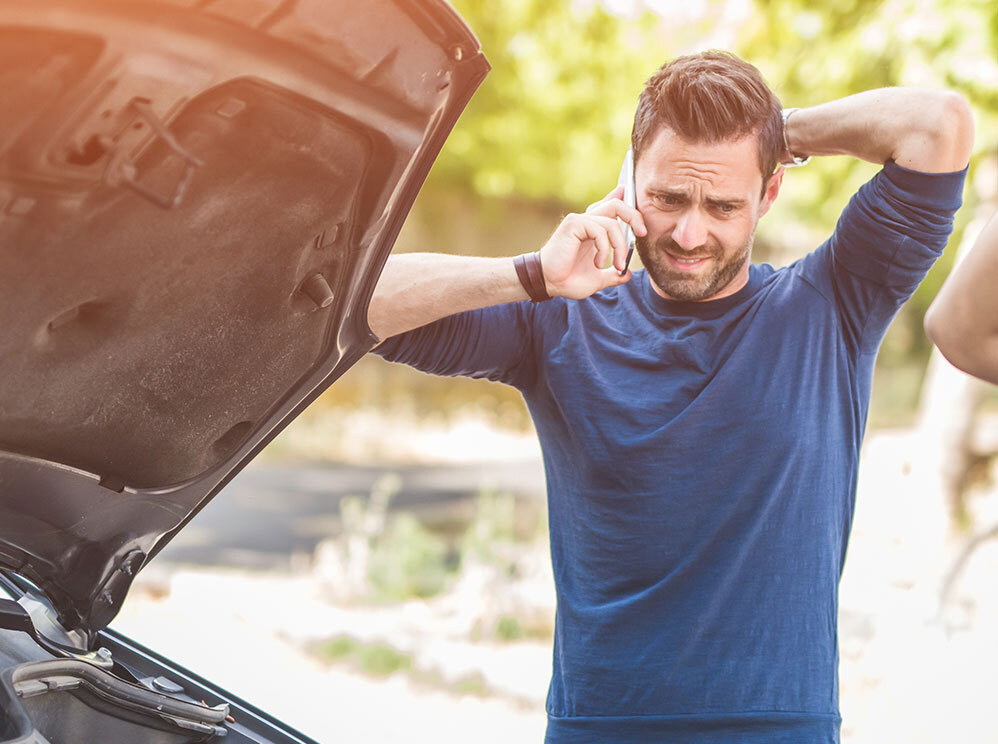 No Start. No Fee

Filled up with the wrong fuel?

If you’ve accidentally put diesel in your petrol, or petrol in your diesel (or worse yet, AdBlue in either!), then it might not be as simple as fuel draining and refilling. If you’ve run the car with the wrong type in it, you could need a complete fuel system flush to prevent any long term damage.

Even turning the key in a diesel car, when you’ve filled it with petrol, could lead to long term damage and expensive repair bills if not taken seriously. So, if that sounds like you, call us today and we’ll get your car sorted and you back on the road in no time.

Our services include a complete fuel system drain, emptying your vehicle’s tank, and then a flush (where necessary) and refill with clean fuel. We also dispose of the drained fuel, leaving you ready to carry on with your day.

If you’ve ever been away overseas for an extended trip, and left your car sitting at home the whole time, you’ll often find your car doesn’t run as well as it used to—often smoking and spluttering and just having an all around bad time.

This is a result of old, stale fuel. Contrary to popular belief, and as unlikely as it sounds for such a full-on smelling liquid, petrol goes off. It also goes off pretty quickly!

Left the fuel cap off, and water’s run down the fuel filler neck? There’s all manner of reasons that can lead to fuel contamination, from washing your car with the cap off (sounds crazy, but it does happen!) to the wrong fuel, to sticking an additive in the tank that was supposed to go in the motor.

Whatever has lead to your fuel contamination, there’s no need to stress. Leave the car off, and give us a call today to get your fuel drained, and you back on the road. We even bring 20L of the correct fuel, and offer a fully mobile fuel drain service.

If your fuel tank needs a flush, we’ll sort that too.

How long does petrol last?

At 20 degrees, petrol lasts about 6 months. But here in Australia, there’s not many of us that are storing petrol in anything that cool. If your petrol is just in your car’s fuel tank, chances are it’ll be seeing temperatures close to 40 degrees in summer. Meaning it’s only going to stay fresh for a few months.

Petrol going stale is not the end of the world, and you’ll often be ok if it’s within 6 months and you can top it up with fresh fuel. But if it’s been longer than that, and you care about your car, get the old fuel drained out and top up with fresh, clean fuel to keep your car running well—and keep you out of an early trip to the mechanics!

For great service and competitive pricing, call Fuel Swap today and we’ll drain your old fuel and get you back on the road with clean, fresh fuel. We’re experts at all thing fuel, from fuel drain to getting you back on the road when you’ve accidentally filled up with the wrong fuel (don’t worry, it happens to all of us!).

When it comes to diesel, you really shouldn’t try running old, stale fuel. While it generally stays good for longer than petrol, diesel starts to essentially break down and ‘gum up’ after an extended period (6-12 months). Once this happens, the particles in the fuel can clog the ultra fine filters in your diesel’s fuel system, and foul expensive fuel pumps and injectors.

This isn’t a small issue, either. Letting diesel go bad, then trying to use it could cost you in thousands of dollars in repairs. Diesel fuel pumps are not only fragile, but eye-watering expensive. Similar story for the injectors, and let’s not even go into the labour costs for changing these parts out!

If you’ve left your diesel car sitting for a long time, and you’re even a little unsure, the cost of a fuel drain is nothing compared to the cost of damaging your diesel’s fuel or engine components. It’ll only take a single hour out of your day, and could save you thousands—plus it’ll give you the piece of mind your car’s well looked after, immediately. 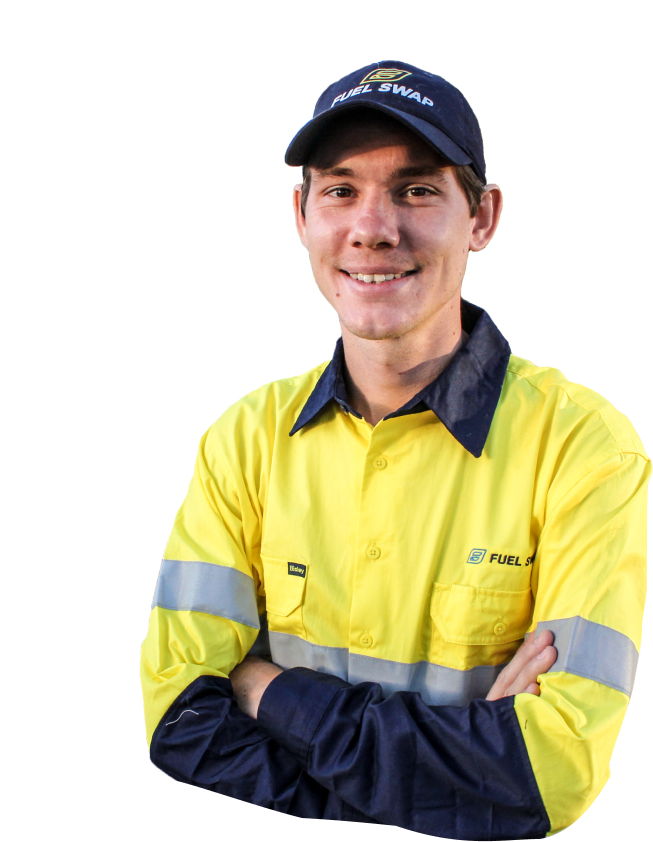 info@fuelswap.com.au
1300 38 35 79
Raffle T&Cs
Fuel Swap Raffle Terms And Conditions,
1. By entering the raffle you are agreeing to the raffle terms and conditions.
2. The raffle is being run by Fuel Swap Pty Ltd.
Eligibility to enter
3. The raffle is open to entrants over 18 years of age and employed within the service station industry.
4. In entering the raffle, you confirm that you are eligible to do so and eligible to claim any prize you may win.
5. One entry is permitted per card handout.
6. The raffle is free to enter.
How to enter
7. The raffle will include attendants who’ve handed out Fuel Swap’s cards and received an entry card with a reference number up to 11.59am 31/12/2021. Entries after that time and date will be included in the following draw made on the 01/06/2022.
8. To enter the raffle simply fill out the form provided and like Fuel Swaps Facebook Page https://www.facebook.com/FuelSwap
9. Fuel Swap Pty Ltd will not accept responsibility if contact details provided are incomplete or inaccurate.
The prize
10. The prize will be $1000.
11. If the winners entry was received alongside distribution of competitors business cards then the prize shall be $500 with the remaining amount going to second place.
12. The winners will be drawn at random.
13. This promotion is in no way sponsored, endorsed or administered by, or associated with any other entity or social network. You are providing your information to Fuel Swap Pty Ltd and not to any other party.
14. We reserve the right to substitute prizes with another prize of equal or higher value if circumstances beyond our control make it necessary to do so. 15. The decision of Fuel Swap Pty Ltd regarding any aspect of the raffle is final and binding and no correspondence will be entered into about it.
Winner announcement
16. The winner will be notified after 31/12/2021 via the phone number provided during registration if unsuccessful then an email will be sent.
17. Fuel Swap Pty Ltd will attempt to contact the winner up to two timesvia phone call and once via email.
18. If the winner does not respond to notifying them of their win within 14 days, they will lose their right to the prize, and Fuel Swap Pty Ltd reserves the right to choose and notify a new winner.
Receipt of the prize
19. Please allow 14 days for delivery of the prize or alternative collection or delivery arrangements may be made through mutual agreement.
Data protection and publicity
20. You consent to any personal information you provide in entering the raffle being used by Fuel Swap Pty Ltd for the purposes of administering the raffle.
21. All entrants may apply for details of the winning participant by contacting us at info@fuelswap.com.au
22. The winner agrees to the release of their first name and place of work to any other prize draw participants if requested via Fuel Swap Pty Ltd.
23. An announcement of the winners first name and place of work will be made via Fuel Swaps social media pages.
24. All personal information shall be used in accordance with Fuel Swap Pty Ltd’s privacy policies.
Limitation of Liability
25. Fuel Swap Pty Ltd does not accept any liability for any damage, loss, injury or disappointment suffered by any entrants as a result of either participating in the raffle or being selected for a prize.
General
26. Fuel Swap Pty Ltd reserves the right to cancel the raffle or amend these terms and conditions at any time, without prior notice.
27. The raffle and these terms and conditions will be governed by Australian law and any disputes will be subject to the exclusive jurisdiction of the courts of Australia.